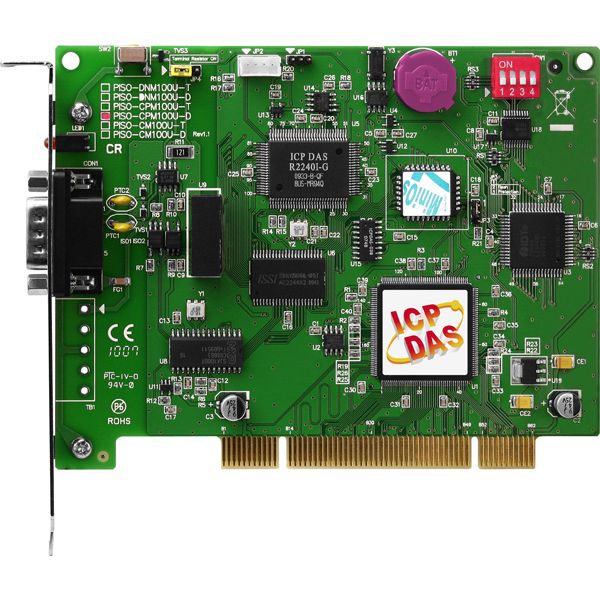 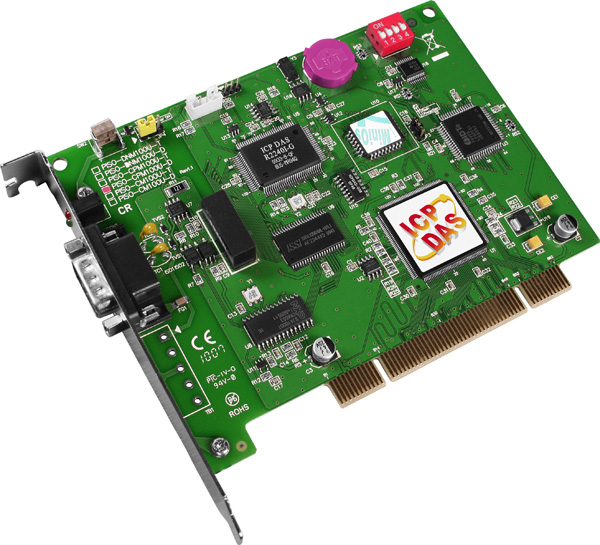 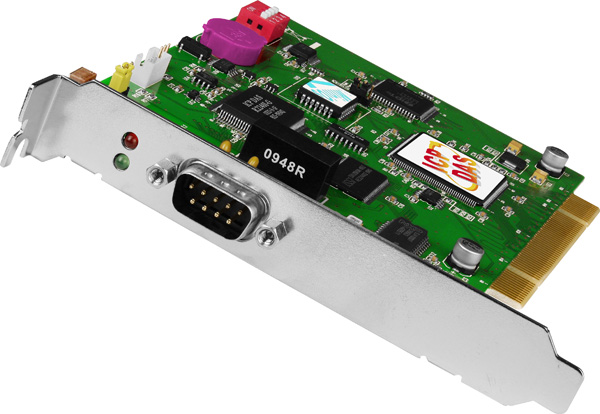 The PISO-CPM100 gives a very powerful and economic solution of an active CANopen master device with one CAN channel. It uses the NXP SJA1000T and 82C250 to be the CAN controller and transceiver, which provide bus arbitration, error detection with auto correction and re-transmission function. The 16-bit on-board microcontroller with real-time O.S., MiniOS7, allows many features, such as real-time message transmission and reception, filtering, preprocessing, and storage of CAN messages. Under the effect of the powerful microcontroller, this card can be made for one CAN controller manager without losing data, even in systems with a high PCI bus load. Therefore, the CANopen critical process can be implemented directly by CANopen firmware in the PISO-CPM100. In addition, users can develop their CANopen application by using the CANopen library on the host computer. When the PISO-CPM100 is active, the data exchange between users’ application and CANopen firmware is performed via the memory mapping method of the PISO-CPM100.
Properties "PISO-CPM100U-D CR"
Downloads "PISO-CPM100U-D CR"