And it's that simple:
➔ Register in the store
➔ Log into your account
➔ Add desired products to shopping cart 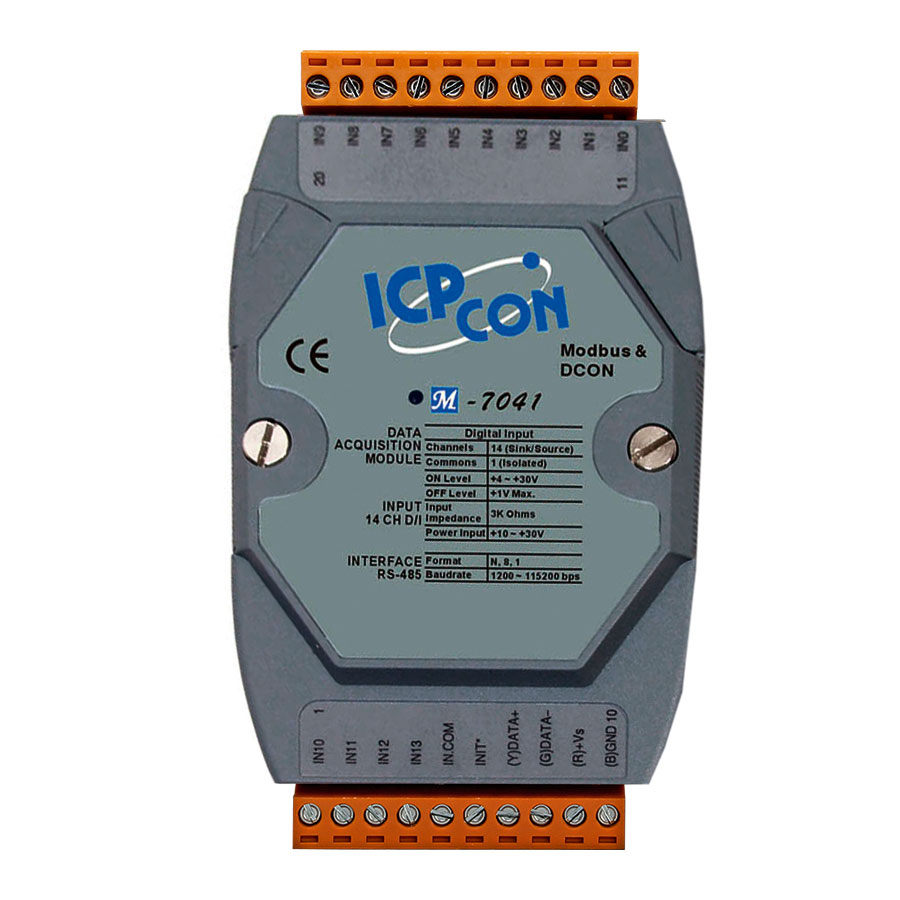 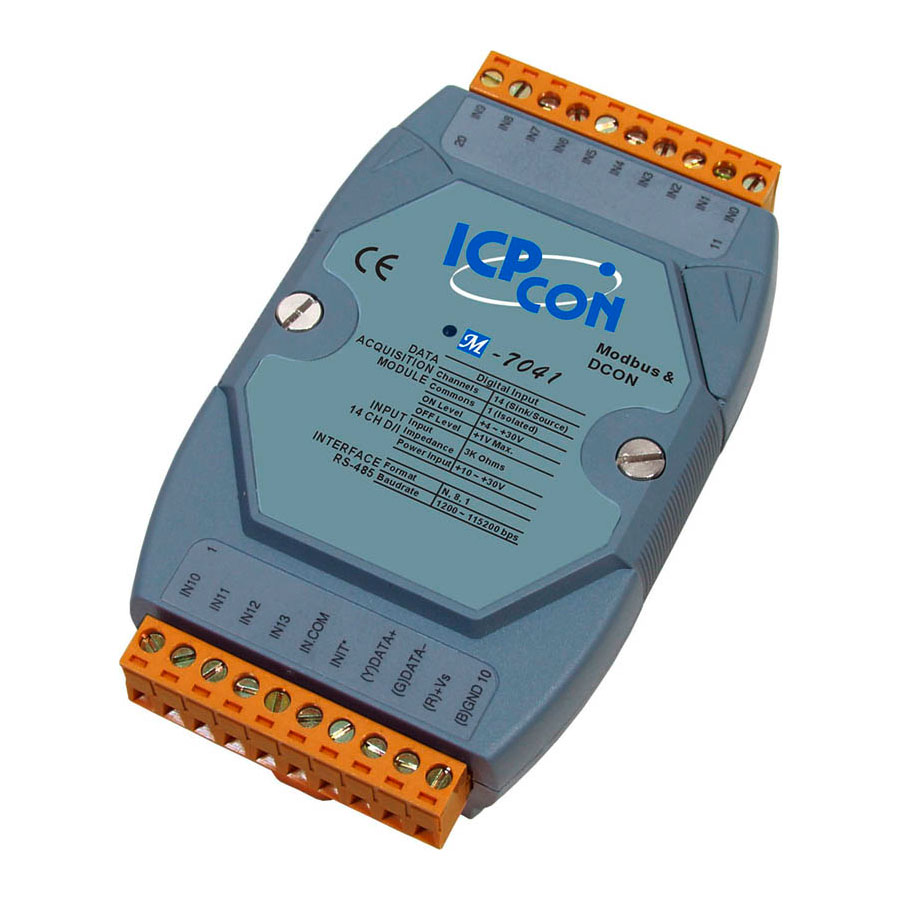 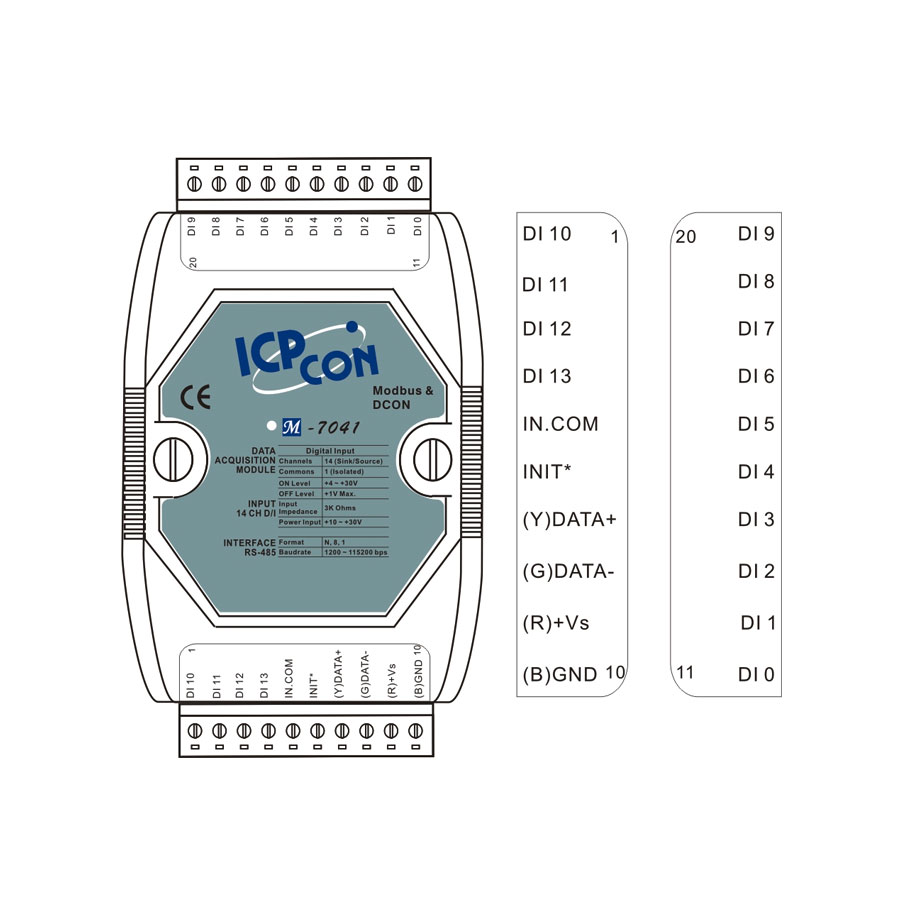 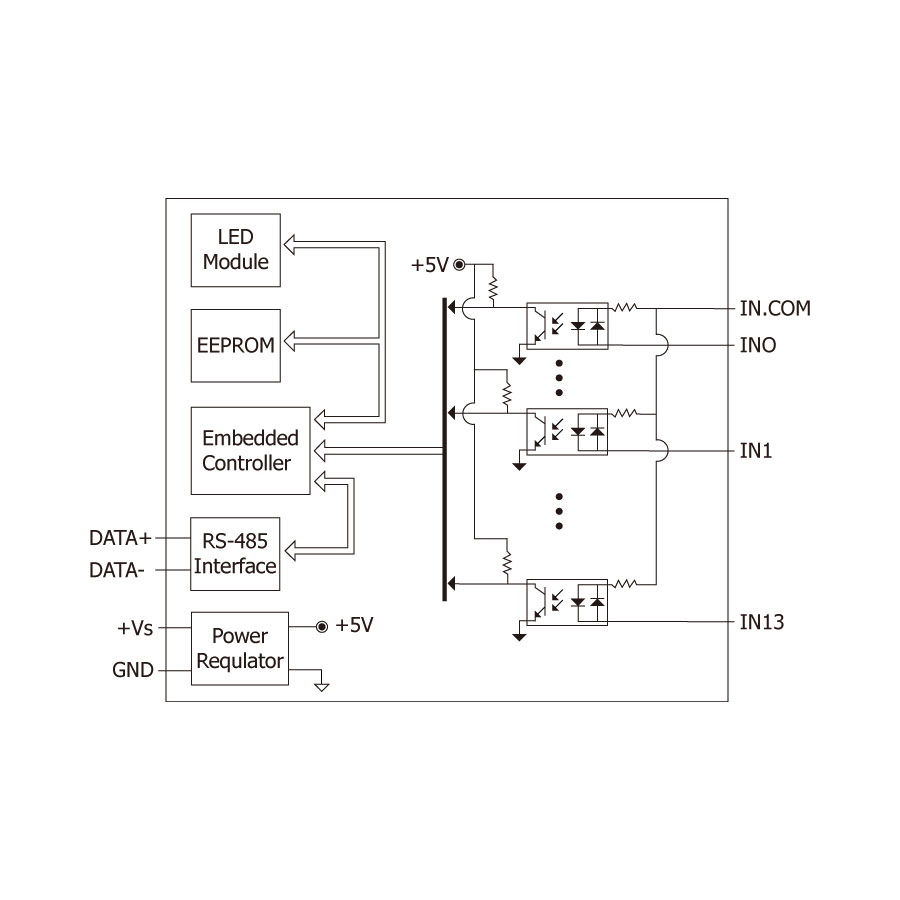 Not on stock, usually ready for shipment in 10 days, delivery time 2-5 days

The I-7041 and I-7041P provide 14 channels for digital input, each of which features photocouple isolation. In addition, either sink- or source-type digital input can be selected via wire connections, and all channels are able to be used as 16-bit counters. The I-7041D and I-7041PD include 14 LED indicators that can be used for DI channel status monitoring. 4 kV ESD protection and 3750 VDC intra-module isolation are standard. The hardware specifications for the M-7041 and M-7041P are the same as for the I-7041 and I-7041P, and support both the Modbus RTU and DCON protocols, which can be configured via software. ICPDAS recommends selecting the "P" version of the digital input module for industrial use.
Properties "M-7041-G CR"
Downloads "M-7041-G CR"